Home ≫ Blog ≫ Was it a good meeting? 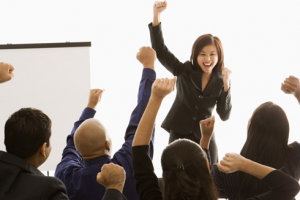 Late morning, I was due to meet with and talk to one of the middle managers who was in charge of part of the company’s production. The time for our discussion came and went, and, as this is not an uncommon event in my world, I sat in my allocated room, at my allocated table and got on with writing a report on my earlier meetings. Eventually, some 20 minutes late, said manager arrived. He apologised profusely and explained that he had been in a meeting with the Operations Director and some of his other production manager colleagues. I asked him if it had been a good meeting. He replied in the negative and I asked him why. His reply went as follows:

“The meeting started late because the Operations Director was late out of another meeting that he was having with the CEO. The OD never uses an agenda (he says that he doesn’t believe in them and that they hamper the free flow of ideas), so each meeting is always a wander around a variety of subjects. He talks for most of the meeting about “The Great Strategic Plan” and what he wants us to do, but you can never pin him down to how we are going to do it or by when. He always says that we are the managers and it’s our job to work it out not his job to nursemaid us. He then asks for reports on what was agreed previously only it’s usually what he remembers he wanted us to do rather than what we remember, and it never involves him having to do anything. And he never has a finish time for the meeting as he says that we must talk until the problems are solved! That’s why I’m late, sorry.”

“I see”, I said, as I couldn’t think of much else to say at the time! In under a minute, he’d managed to cover just about every major management meeting failure with which I am familiar. I spoke to a number of his colleagues to check that there wasn’t too much “omission bias” in my data set and went to see the CEO. Without naming names (never a wise move as the consultant), I explored what she thought was going on before presenting her with the data that I’d gathered. To my surprise, she said “Yeah, I thought that was the case. Can you sort it out?” Obviously, I reckoned that I could (I wouldn’t be much of a management systems consultant if I couldn’t), so the two of us then put our heads together to produce a plan to implement a Flintloque Management System that included some robust “management pipework”, to secure the free flow of information up and down the management structure.

The CEO is very pleased with the current state of her “Flintloque Management System”, as am I. It took some effort and some reallocation of resources, but the organisation is beginning to purr like a cat rather than hum like a rotting fish. The solutions that we deployed were very straightforward, and next time, I’ll tell you how we did it.